I don't watch television, I love to read, and I've always loved to read.  Many people read as much as I do, and some read even more.  Michael R. Eades, M.D. reads at least as much as I, and he discusses HERE and HERE how he approaches his reading, which is very much like how I do it.  I'm always interested in what other people are reading, too, so if you have recommendations please let me know!

**Monday, October 13, 2014:  I am not going to continue listing the books I read, because this time of year gets busier and busier through the beginning of next year and I need to streamline my schedule eliminating all but the necessary things to do.  This, of course, does not impact my reading as it is a vital part of my everyday life.  As always, I remain interested in what you are reading, too!

Socially Accepted:  A Self-Help Book for the Socially Awkward, by Joe Casanova

At Home with Madame Chic, by Jennifer L. Scott

A History of the World in Twelve Maps, by Jerry Brotton

The Art of Learning:  An Inner Journey to Optimal Performance, by Josh Waitzkin

The Compound Effect, by Darren Hardy

What Remains, by Carole Radziwell

Fairy Tale Interrupted:  A Memoir of Life, Love, and Loss, by RoseMarie Terenzio

The 4-Hour Chef, by Timothy Ferriss

The 4-Hour Body, by Timothy Ferriss

The First, by Jason Mott (Fiction)

The Returned, by Jason Mott (Fiction)

Alone and Afraid? 5 Tips That Can Save Your Life, by J.J. Luna

$10 Root Cellar: And Other Low-Cost Methods of Growing, Storing, and Using Root Vegetables, by Anna Hess

A Zola Dictionary; the Characters of the Rougon-Macquart Novels of Emile Zola, by J.G. Patterson

Death by Food Pyramid: How Shoddy Science, Sketchy Politics and Shady Special Interests Have Ruined Our Health, by Denise Minger

From Thug to Scholar: An Odyssey to Unmask My True Potential, by James A. Williams

Axis of Hope:  A Prospective for Community Centric Government for Iran & Other MENA Countries, by Dr. Kamal Y. Azari

Simpson's Will, by Edward A. McCoyd (Fiction)

As A Man Thinketh, by James Allen--again

The Magic, by Rhonda Byrne--again

Preserve Your Family Pictures:  How to Save Photo Heirlooms for Future Generations, by Amber Richards

The Parisian Woman's Guide to Style, by Virginie and Veronique Morana

Everything I Know, by Paul Jarvis

The King of Terrors, by D.M. Mitchell  (Fiction)

American Nations:  A History of the Eleven Rival Regional Cultures of North America, by Colin Woodard

Rugby:  A Basic Understanding of the Game, by Mark Harmon--because I read a blog post on www.MarksDailyApple.com about rugby players being the healthiest & having the least stressed bodies of all athletes, then I saw a Youtube video about "the best rugby match ever" where the athletes looked as elegant as ballet dancers!  I love ballet, so I wanted to know more about this sport that I immensely enjoyed watching on Youtube, even though I have had no interest whatsoever in spectator-sports before this.

A Game for Hooligans:  The History of Rugby Union, by Huw Richards

A Short History of the World, by Christopher Lascelles

The Magic, by Rhonda Byrne

Bringing Up Bebe:  One American Mother Discovers the Wisdom of French Parenting, by Pamela Druckerman

Emile, or Treatise on Education,  by Jean Jacques Rousseau

The Essential Movements of T'ai Chi, by John Kotsias--again

Au Bonheur des Dames, by Emile Zola, because I had just seen on Netflix the BBC miniseries, The Paradise  (Fiction)

How to Survive the Loss of a Love, by Colgrove, Bloomfield, and McWilliams

A New Guide to Rational Living,  by Ellis and Harper

Solitude, a Return to the Self,  by Anthony Storr

Party of One:  The Loners' Manifesto, by Anneli Rufus

The Gift of Fear, by Gavin De Becker

Bouncing Back, by Joan Rivers

This Book Will Change Your Life:  365 Daily Instructions for Hysterical Living, by Benrik (Ben Carey and Henrik Delehag)

Defeat Cancer:  15 Doctors of Integrative and Naturopathic Medicine Tell You How, by Connie Strasheim

The Science of Being Well, by Wallace D. Wattles

Dressing The Man:  Mastering the Art of Permanent Fashion, by Alan Flusser

Cary Grant:  A Celebration of Style, by Richard Torregrossa

The Art of Growing Up, by Veronique Vienne

The Prince, by Nicolo Machiavelli--again--because I read:
The Suit:  A Machiavellian Approach to Men's Style, by Nicholas Antongiavanni

Divided by a Common Language:  A Guide to British and American English, by Christopher Davies

Rules, Britannia:  An Insider's Guide to Life in the United Kingdom, by Toni Summers Hargis

Watching the English:  The Hidden Rules of English Behavior, by Kate Fox

A History of Key Characteristics in the Eighteenth and Early Nineteenth Centuries, by Rita Steblin--again

The Piano:  A Piano Technician's Guide for the Piano Owner, by Philip Gurlik, R.T.T.--again 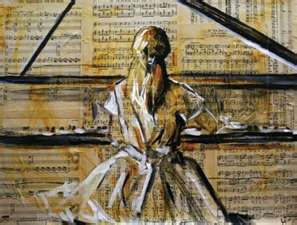